The growth of Accra is a matter of concern: within 30 years, Accra grew from a city with a radius of 10 km into a continuous, urban agglomeration that stretches over 60 km along the coastline. With a staggering growth rate of 4.6 per cent, the population is expected to grow from 2.5 million in 2011 to 4.2 million in 2020. In Accra, the speed of speculation has consistently outpaced the speed of planning, resulting in regular severe flooding, daily traffic collapse and the absence of basic utilities and basic services in many parts of the agglomeration.

Good spatial planning and design assistance directly affect the municipalities' capacity to meet these challenges and deliver a more liveable and resilient piece of city.

On UN-Habitat's initiative, a National Priority Project has been established that will entail a planned extension of Accra into the adjacent Ningo-Prampram district. Both local and national government – and the private sector – have shown considerable interest in the plan, and support its moving forward towards implementation with a steering committee that has the mandate to approve and a development body tasked with implementing the plan. The Ghanaian-Dutch team of planners, consisting of urban and landscape designers and water and infrastructure experts, is helping to further build this momentum and to design the city extension of Ningo Prampram, which encompasses a total land area of about 100 km. In the future it will be able to accommodate a significant amount of the growth predicted in the Greater Accra Agglomeration.

Planning a city extension for an assumed 1 to 1.5 million people is beyond what typically can be grasped by the experience of humans. One cannot design a city of that size. But one can put basic systems into place that allow a city to grow over time. The approach to the planned city extension in Ningo Prampram therefore consisted of three key aspects: How can a system be established that mitigates the biggest risk – regular flooding? How can a system be crafted that provides basic services, that can mature over time and that is relatively easy to understand and manage? How can the often finite ideas of 'Newtownism' be avoided, and instead room be made for growth and gradual maturing as an integral part of urban development?

Making a big plan never works without local rooting. In dialogue with local planners, representatives and through site visits, the design team defined the plan's key objectives. In these conversations it became obvious that creating broad support is essential to making the plan happen on the ground. Consequently, recent focus – besides on refining the plan – has been on activating all key players in the process, from the local stakeholders to the President of Ghana. So far this has been successful on all political levels. In a next step the plan has to find the acceptance of the local population and start attracting investment from both the private sector and global institutions. A much greater challenge, but one that is essential to inclusive planning. 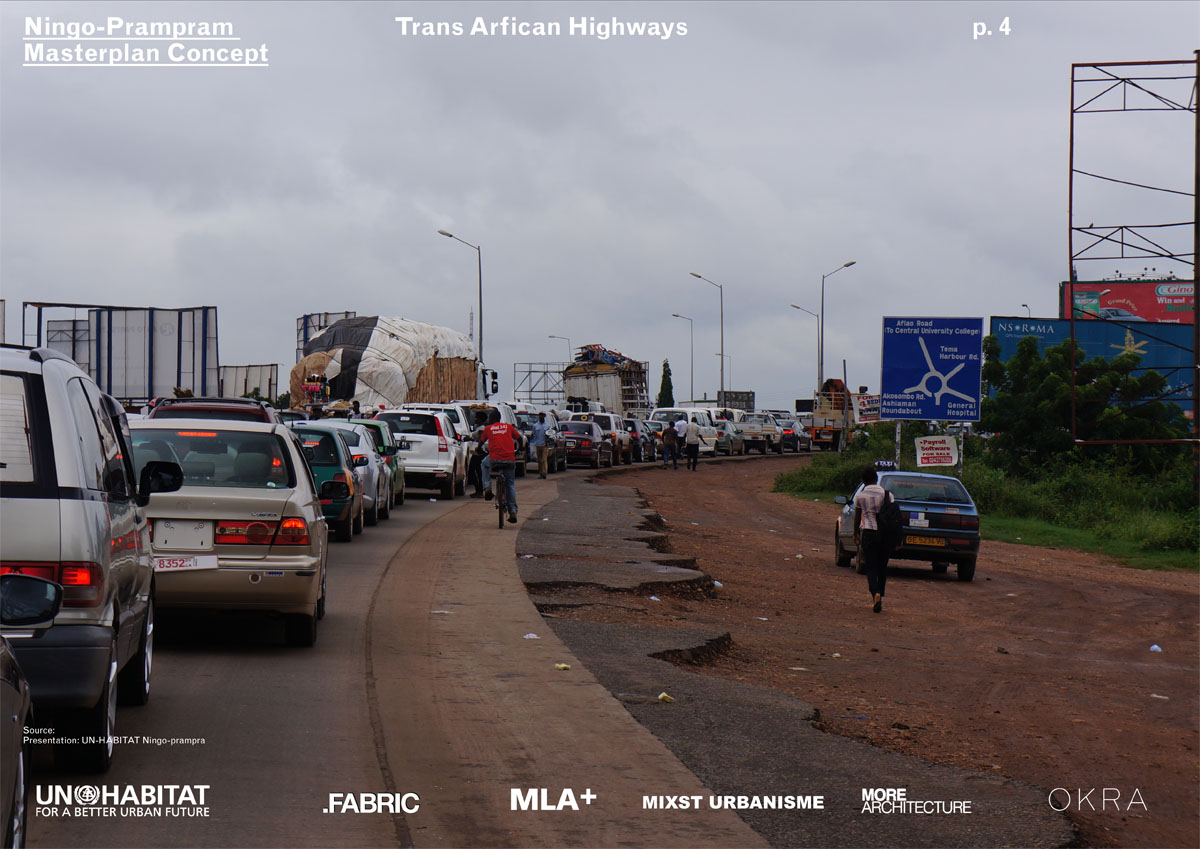 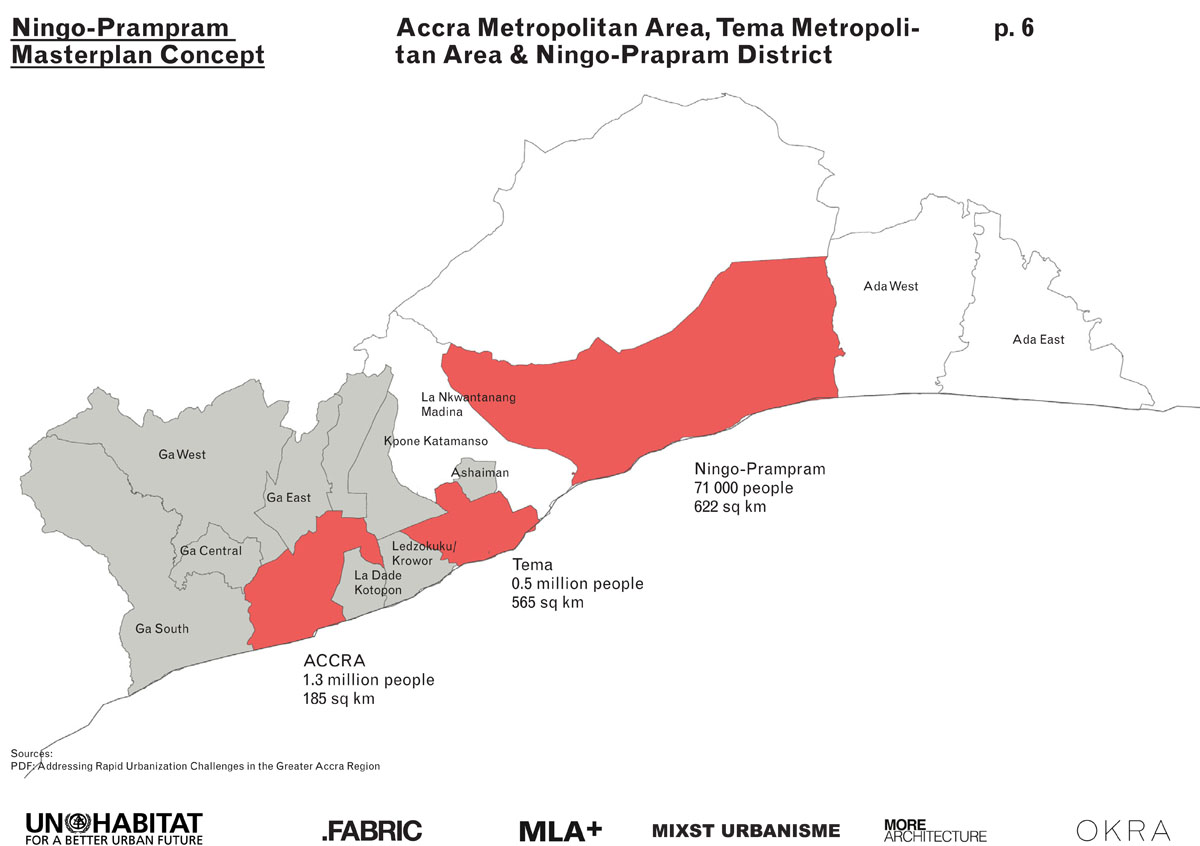 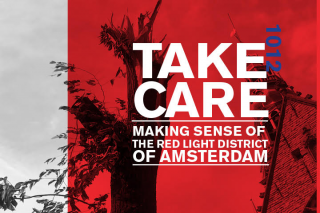 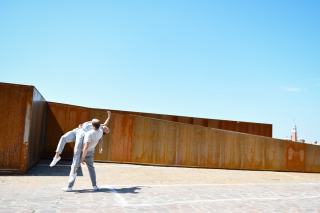 MAKE MOVE THINK, 2018
Cosmogonia Mundi reflects on the possible futures of the City of Venice and the Port of Marghera in the form of live dance, using Northscapes Collective's installation The Port and the Fall of Icarus on the shore of the laguna as a backdrop, and a film documentary in the main exhibition of the Venice Pavilion/Marghera. In this project, which is part of a larger research programme, MAKE MOVE THINK explores the dialogue between individualism and collectivism in contemporary urban culture. Performing Arts and Architecture meld to create a moment where Dance is not merely performance and Architecture is not permanence.
Below a short documentary created as part of the project 'Cosmogonia Mundi' at the Venice Architecture Biennale. 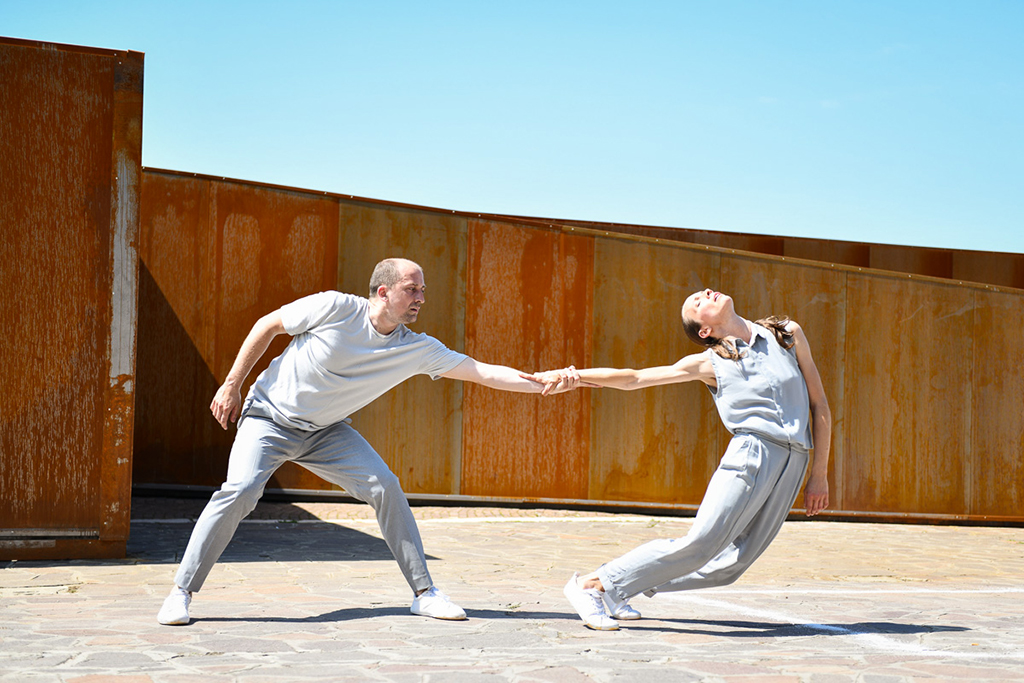 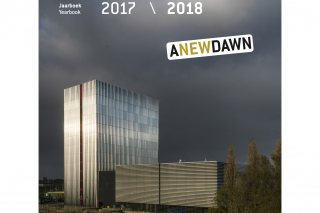 nai010 uitgevers (Lara Schrijver, Kirsten Hannema, Robert-Jan de Kort, Reinier de Graaf), 2018
Every year nai010 publishers produces a new edition of the Architecture in the Netherlands Yearbook with an overview of 30 realized constructions, which additionally describes the most important developments and trends that influence the production and design of Dutch architecture. This year the presentation of the yearbook takes place simultaneously with the Flemish yearbook by the Flanders Architecture Institute, on the border between the Belgian and Dutch pavilions as a symbol of the dialogue between the two neighbouring countries. The discussion partners explore the various interpretations of the professional field in Belgium and the Netherlands, with particular attention paid to new forms of housing, circular design, the rediscovery of rural areas and the role of private commissioning of housing.
website
share link
print 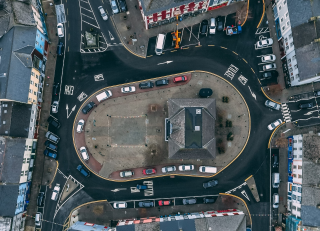 Jeffrey Bolhuis (AP+E) met Jo Anne Butler (Superfolk), Miriam Delaney (DIT), Tara Kennedy (Culturstruction), Orla Murphy (Custom) & Laurence Lord (AP+E), 2018
With the Free Market project, co-curator of the Irish pavilion Jeffrey Bolhuis explores the role of marketplaces in Irish villages. These marketplaces were once the social and economic centres of the villages and their wider surroundings, but have now largely lost their original function. Free Market focuses on the potential of these places, with the aim of encouraging social cohesion and sustainable economy in the villages and region. As a result, this research also has significant relevance for regional development in the Netherlands and Europe. The Free Market exhibition marks the starting point for a travelling exhibition and a longer-running project that is part of the international debate about the future of rural villages.
share link
print 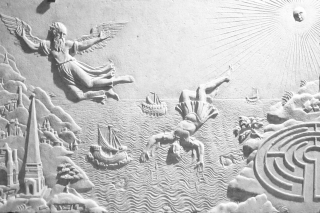 The Northscapes Collective (Hamed Khosravi, Taneha K. Bacchin en Filippo laFleur), 2017
The Northscapes' proposal would take the discovered manuscript titled “The Port and the Fall of Icarus” as the point of departure to search for possible scenarios for the future of the Rotterdam Harbour. An installation would set the ground for series of events and discussions around the topic of a smart and intelligent port and its relation to the vision of the Rotterdam Harbour, the city and its inhabitants. Such events will be organized throughout the period of the biennale in collaboration with the academic institutions.

Below is a podcast by René Boer and Arif Kornweitz with The Northscapes Collective about the installation 'The Port and the Fall of Icarus' recorded in May 2018 during the Architecture Biennale Venice preview days of the exhibition WORK, BODY, LEISURE in the Dutch pavilion.

Today the Creative Industries Fund NL publishes its public annual report 2020 in digital form. The year 2020 had only just begun when the COVID-19 crisis broke out, resulting in uncertainties for many... more >

On 1 February, the Creative Industries Fund NL will open a new grant scheme, focussing on small-scale experiment-driven research within the creative industry: the Experiment Grant Scheme.We spoke to G... more >

Online festivals in times of COVID-19

How do you select new design talent?